Are you ready to meet Alexander The Cute?!?!  Alexander is such a sweet little three and half year old boy! 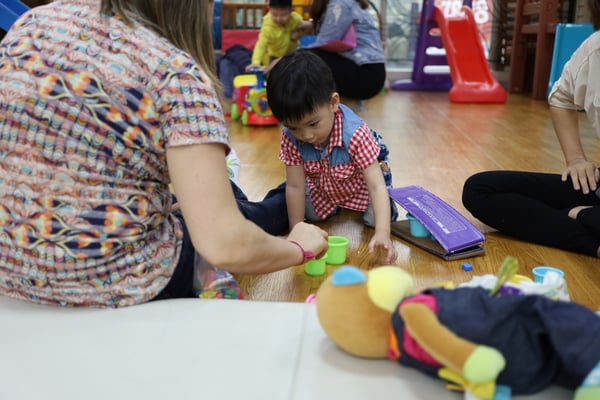 Alexander enjoyed playing with all the toys we brought.  When a toy particularly sparked his interest, he would show it to his social worker so that she could share in the discovery along with him, which melted our hearts. He

enjoyed fine motor activities such as coloring and Legos the most...How studious of him! He has a perfect pincer grasp and is able to scribble on paper, his fine motor skills were fantastic!

Alexander’s cognitive abilities seemed on par with same age peers, and his social worker stated there were no concerns observed or reported with his cognitive development.  He was able to build a tower with 5 blocks, find a hidden object, and follow 2 step commands. Not only did Alexander meet screening checkpoints for language development in his age group, but he ALSO met checkpoints for a 4-6 year old child as well! He can walk alone for a couple of steps when wearing his AFO’s (ankle foot orthotics). He is able to walk holding someone’s hand for much longer! He sits without support and can pull up to stand by himself. He did a great job tossing a ball and kicking a ball while sitting unsupported. Great job Alexander!

When the Superkids team finished, Alexander was excited to help clean up. We didn’t even have to ask, he proudly took it upon himself to clean up the toys he had played with. There is a family out there somewhere that is going to be very proud of Alexander and all that he can do and will do in the years to come! Please contact Mary.Chapman@gladney.org to learn more about Alexander and to review his adoption file.