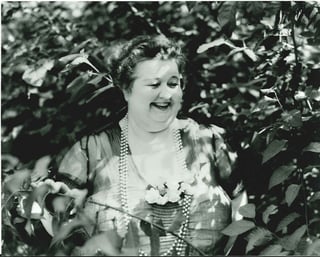 Edna Gladney was an early children's rights advocate.  She made the welfare of "unwanted" children the center of her life and personally placed children with adoptive families. Because of her passion and tenacious personality, Mrs. Gladney was named Superintendant of the Texas Children's Home and Aid Society in 1927.  She held that position for 33 years.

In 1950, the Texas Children’s Home and Aid Society was renamed the Edna Gladney Home (now known as the Gladney Center for Adoption).

Edna is a well-known and beloved adoption advocate to so many adoptive parents, adoptees, and birth parents. When one of Gladney's Board Members saw a portrait of Edna at Capital Grille Restaurant in Plano, Texas, he knew that he needed to bring her home to Fort Worth.

We want to share with you the unveiling of Edna's portrait in the newly named "Edna Room". Thank you Capital Grille for bringing Mrs. Gladney back to Fort Worth, Texas.

Today Gladney staff carry on Edna Gladney's passion of creating bright futures through adoption. We believe that every child deserves a loving and caring home.

She's a Fort Worth hero. So how did her portrait end up 43 miles away?