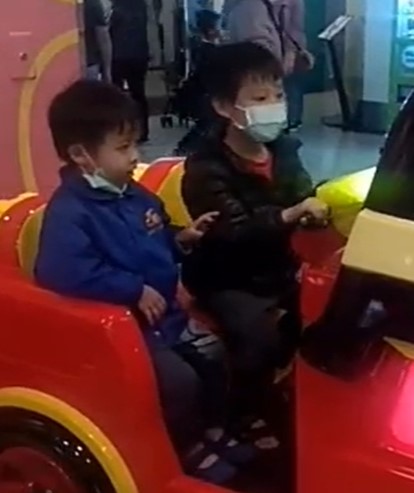 Noah's favorite activities include watching tv, playing board games and building with blocks! Noah is a little shy around new people and new environments. Once he warms up, he will seek hugs and wants to hold hands with people he feels comfortable with.

Noah has an ADHD diagnosis, and the file from Taiwan states he has "traits similar to Asperger's syndrome". Noah is currently taking medication to help him focus, and he is attending weekly group therapy sessions. Noah is a 2nd grader in elementary school where math and Mandarin are his strongest subjects. During recess, Noah LOVES to pretend he is a policeman with his schoolmates!

Neil enjoys any type of physical activity, such as playing on the playground! He also likes activities that require creativity, such as putting puzzles together and building structures with blocks.

He is described as an outgoing and active child, who loves to smile! He is very curious around new people and adjusts to new environments quickly.

Are you a family that can give Noah the emotional support to help him build his self-confidence? Continue to work one on one with Neil to further support his vocabulary and physical development? Build Lego structures and go on new adventures with both? If you think you could be the right family for Noah and Neil, please contact us at Superkids@gladney.org  to review their profiles.

*Don’t forget to register for our next virtual information session to learn more about adopting from Taiwan.*