What I Have Learned from Birth Mothers

Going into the adoption process, I knew very little about how the process worked. One such area was with respect to birth mothers, who I now know are selfless, courageous, and steadfast women. Simply put, I unfairly assumed a birth mother must be an unfit mother, without ever even having met one myself. It was wrong of me to do so, and I would be proven wrong with all three of our daughters’ birth mothers. 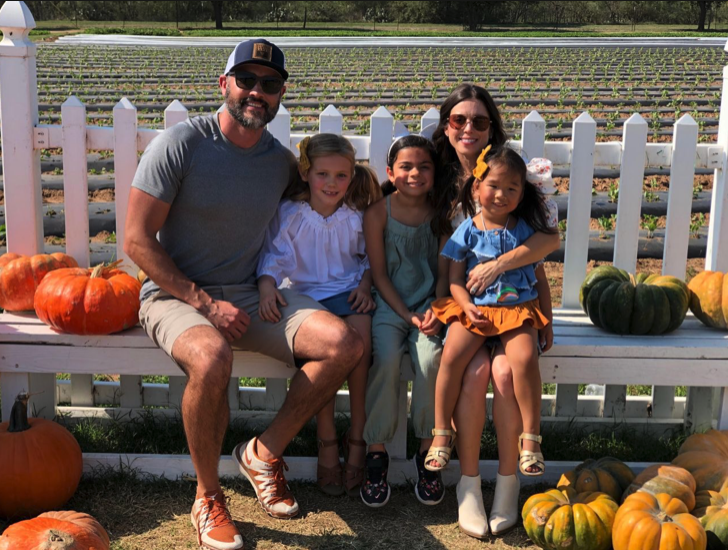 I now know birth mothers choose adoption for a whole host of reasons, based on their personal circumstances, upbringing, faith, and selflessness. They also come from all walks of life—age, socio-economic status, ethnicity, level of education, marital status, etc. During our adoption orientation for our oldest daughter Emeline, we learned the average age of an expectant mother making an adoption plan in Gladney’s program was 26 years old, which was certainly older than I had assumed.

I want to share with you a little detail of our daughters' birth mothers’ stories, while preserving confidentiality and respecting the birth mothers' privacy. Please note: the information below is known to our daughters already, a result of our choosing to have an open adoption and to speak honestly with our daughters about their history.

Our oldest daughter Emeline’s birth mother was 20 years old and was a high school graduate. Her birth father was not interested in being involved, so Emeline’s birth mother decided to place her for adoption, primarily because she wanted to provide her with a loving upbringing in a two-parent home. Our middle daughter Giselle’s birth mother was 26 years old, had a successful career, owned her own home, had financial and family resources, and was parenting a toddler already. However, due to relationship circumstances, she decided to place Giselle for adoption, based on what she wanted for her upbringing. Our youngest daughter Josephine is of 100% Chinese ancestry and was conceived in China. Before knowing she was pregnant, Josephine’s birth mother, who was 17, moved to the U.S. to live with her mother. Without large family help in the U.S. and based on her young age, Josephine’s birth mother, along with her birth grandmother, decided adoption was the best option for her.

I share this with you because I've heard from people that haven't experienced adoption, “Birth mothers must be SELFISH to have ‘given’ their child up for adoption. How could a woman who conceived and carried her baby to birth simply ‘give’ her baby away?” I see it the complete opposite—that these women are incredibly SELFLESS. Under incredible stress, fear, and pain to their own bodies, they intentionally and steadfastly make arguably one of the hardest decisions of their lives. They do so, not because of what's easy for them, but because of what they think is best for their children. I admire and respect these women beyond any words I can share.

One of the common themes from all three of our daughters’ birth mothers is that their decision to place their child for adoption was driven by what they wanted for their unborn child, not what they wanted for themselves. They made their decisions with the child first and foremost in mind and with their own fears and discomforts a distant second in mind. They were selfless—and I would say they did the second most selfless thing a person could do in their life, second only to laying down own's life for someone else.