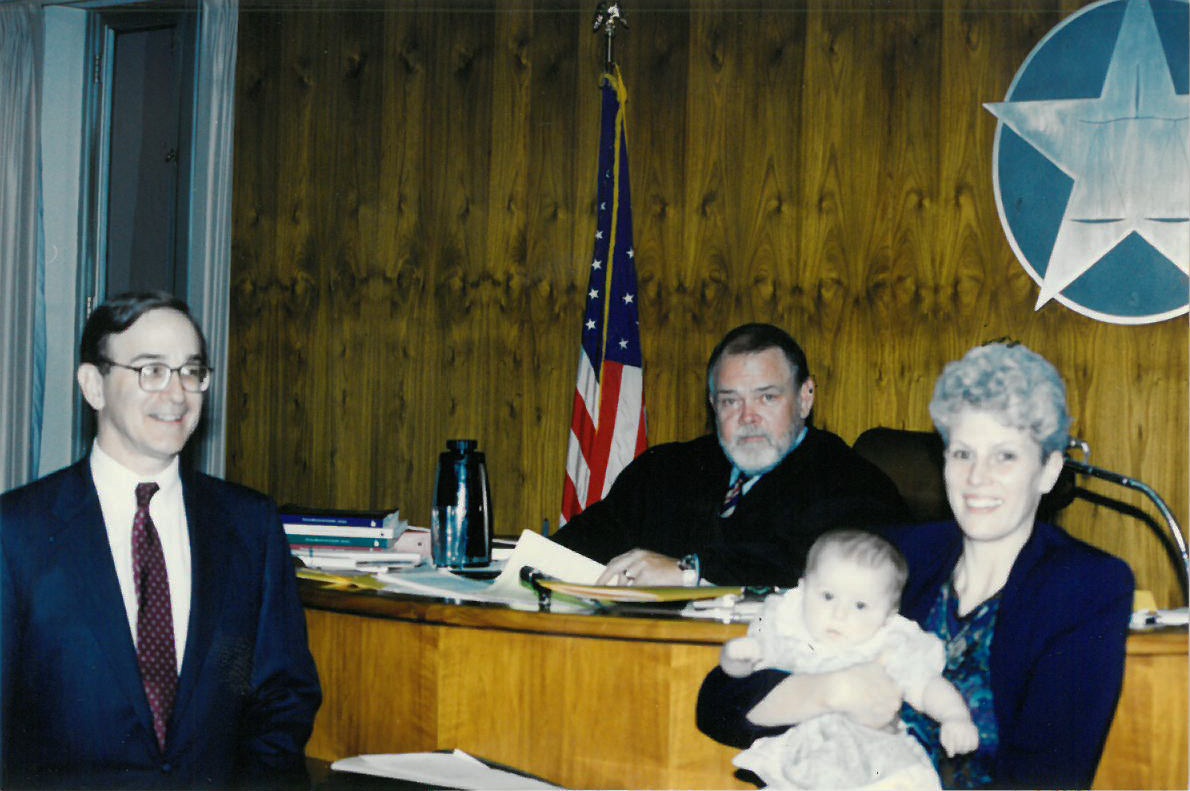 I love to say that I’m from Fort Worth, Texas, even though I only lived here for two weeks after I was born. Another thing I love to tell people is that I was found in a newspaper. This one always throws people off and then I have to explain that my parents placed an ad in various newspapers stating that they were looking to adopt, and that I wasn’t actually found wrapped up in the newspaper. After speaking, briefly, with different birth mothers and birth fathers, my dad spoke with my birth mother who was willing to travel to Texas to finish out her pregnancy and place her baby (me) for adoption. At this point neither my birth parents nor adoptive parents knew if they would be matched with one another or with other families, BUT… they ended up being matched and now I have one giant family. 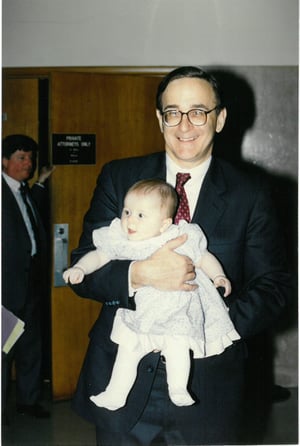 In 1992, I was adopted from Gladney by two loving parents who wanted to complete their family. After living in a hotel for two weeks, a newborn baby, a first-time dad, and fourth-time mother were able to go home and we began our lives together as a family. Since my parents were not residents of Texas and I was, my adoption was considered to be an interstate adoption. That meant that my parents could not take me home to New York until they received approval from the Interstate Compact Office in both Texas and New York. Until my parents received that approval we lived in a hotel and we went on daily adventures to the Fort Worth Stockyards and other fun local places.

Unfortunately for my oldest brother (my mom’s first son), I was two weeks early and our mom and my dad had to bail on their birthday plans for him, he will never let me live this one down even though this happened nearly 26 years ago!

There has never been a day that I didn’t know that I was adopted. I’m pretty sure my parents told me every day that I was adopted since the first day they brought me to the hotel. I’m proud of being adopted. It doesn’t make me any less a part of my family and nobody treats me any different than anyone else. I also look more like a part of my adoptive family than I do my biological family. I am proud of being adopted and its one of the first things people learn about me, which has enabled me to always have friends who were also adopted, including my best friend of 10+ years.

I just completed my first year of law school and while deciding what to do for this summer I thought it would be a great time to experience a new place (even though I’m from TX originally) while also getting an incredible experience interning with the legal department at Gladney. Apparently, when it comes to the debate over nature vs. nurture, it’s really a combination of the two. My father has a love for the legal field and I recently learned that my birth mother was a legal assistant for a while as well.

It’s bittersweet being back at Gladney for the first time since I was six months old but it is mostly sweet. I love being a (small) part of creating new families and hearing about the new matches on what seems to be a daily basis. Seeing these parts of the adoption process are very fulfilling because I’ve seen first-hand how important it is for parents to complete their families with a baby (or several). The hard parts, for me, are watching the selflessness that goes into birth family’s decision to place their child for adoption. It is hard to watch this second hand and think about the roller coaster of emotions that my birth parents had to undergo during this process.

Since being an intern at Gladney I have gone to Court, witnessed birth mothers and birth fathers sign relinquishments, gone to staff meetings, and completed various other tasks and not once have I felt out of place. Every person on Team Gladney has been open and inviting and they all go out of their way to make everyone feel welcome. I am excited to continue getting to know everyone in the office and learn as much as I can while I’m still here. One of the cool things about my internship is that my supervisor was at Gladney at the time of my Placement and remembers meeting my parents!

As sad as I will be to finish my abbreviated internship with Gladney I’m excited because that will mean that I’m on my way to meet my birth mother, full biological sister and others from my birth family for the very first time, nearly 26 years after my adoption!